Green funeral services, particularly woodland burials, have become increasingly popular not only because it’s a sustainable option, but also reduce the expenses.

For instance, most woodland sites prohibit the burial of embalmed bodies due to chemicals that may damage the soil. You also don’t have to spend on expensive metal caskets since there are specific types that are designed for natural burials. As the average cost of a funeral in the UK reaches £4,257, eco-friendly funerals seem like a good alternative.

The Cost of Dying

A report showed that the cost of dying in the country has surged by almost 70 percent since 2008. It even began to exceed the cost of living for most people, primarily low-income households. Locations also dramatically affect the cost of a funeral. In London, an average funeral would cost £5,880 as opposed to Northern Ireland where average prices are the cheapest at £3,231.

Even cremation has become expensive in the capital city. You could spend £4,222 on an average cremation in London. The price of cremation in Northern Ireland only costs £18 less than a burial, so there might not be any real benefit from choosing the former. Direct cremations cost an average of £1,712, and this only covers the expenses for collecting the body, a basic casket, and returning the ashes to the deceased’s family.

The Cost of Green Funerals 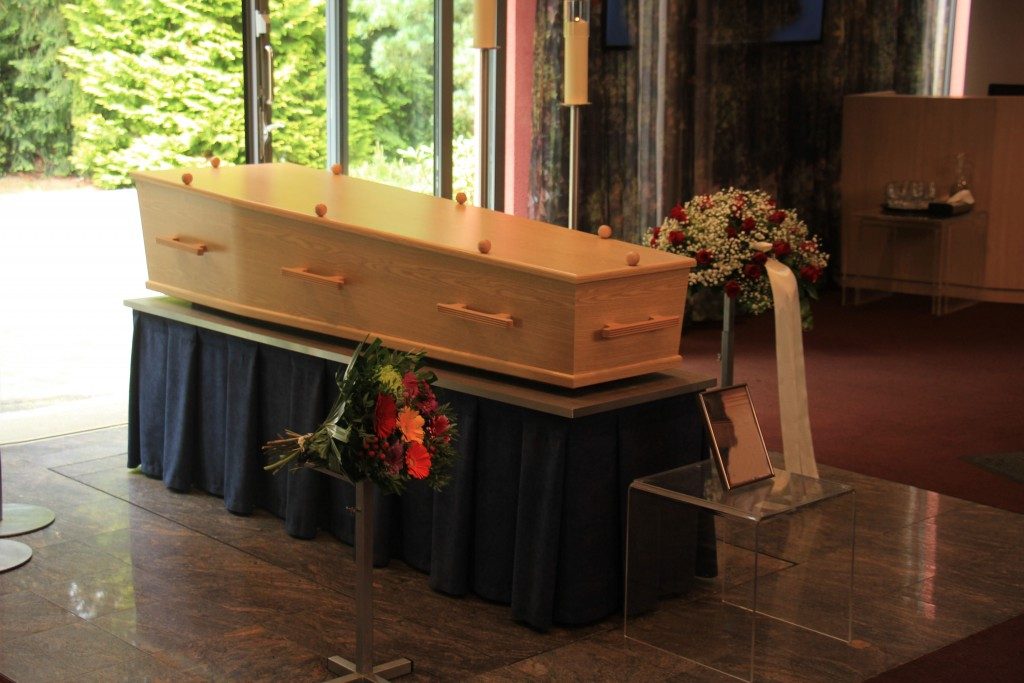 Britons can choose among 260 different natural burial sites in the country. The actual cost of a green funeral will depend on your preferred location, but some of the everyday expenses include a burial site that can cost a few hundred pounds.

Since most sites require a biodegradable coffin, you also get to limit the cost of buying a casket. Some of the common choices include coffins made from bamboo, cotton shroud, wicker, and willow. There could grave-digging or interment fees involved when you purchase a burial ground.

Once you choose the right site for a green funeral, the next step requires you how to pay for it. Land prices increase over time, so the prices you see for a site today will change in the next 10 or 20 years. Prepaid plans have been an option for some people, although you should consider a funeral company that’s registered with the Funeral Planning Authority (FPA).

The FPA act as the voluntary regulator of the funeral industry, particularly with transactions involving prepaid plans, which are unregulated by the Financial Conduct Authority. An FPA-registered provider somehow guarantees that your money is safe since members are required to keep the client’s money in a life insurance policy or into a trust fund managed by a third party.

In the end, a lower cost plus the concept of being eco-friendly served as some of the reasons why green funerals have become a trend. If this still appears to be unaffordable, some prepaid funeral packages can cover the expenses. Make sure to choose a reputable funeral company that can clearly explain the coverage and provide details on safekeeping your money.